Q36.5 IS AN EXTREME VISION
OF THE FUTURE OF CYCLING CLOTHING

Q36.5 is not just a brand but rather a vehicle for experimentation as well as continuous and incessant innovation. Each piece of Q36.5’s Essential Collection is a technical innovation without compromise. Our goal is to be sure that every single product we produce allows the wearer to maintain an ideal body temperature, ensuring greater comfort for the cyclist. That is our obsessive commitment. Q36.5 is based in Bolzano, Italy at the base of the Dolomites – an area that offers extraordinary possibilities for cycling throughout the year.

Thanks to our custom laboratory, Q36.5 now offers teams the possibility of customising our garments using the same construction technique and materials that we use in our Collection. The result is a tailored product entirely handmade in Italy to the clients’ specifications. Each garment is made from a pre-formed pattern, shaped to follow the body of the athlete and thus optimize performance. We are happy to use your ideas or you can let our team of designers develop proposals to suit your needs. We are at your disposal to help you create the ideal kit for your team.

Enjoy being part of the peloton with your friends and a Q36.5 customized kit! 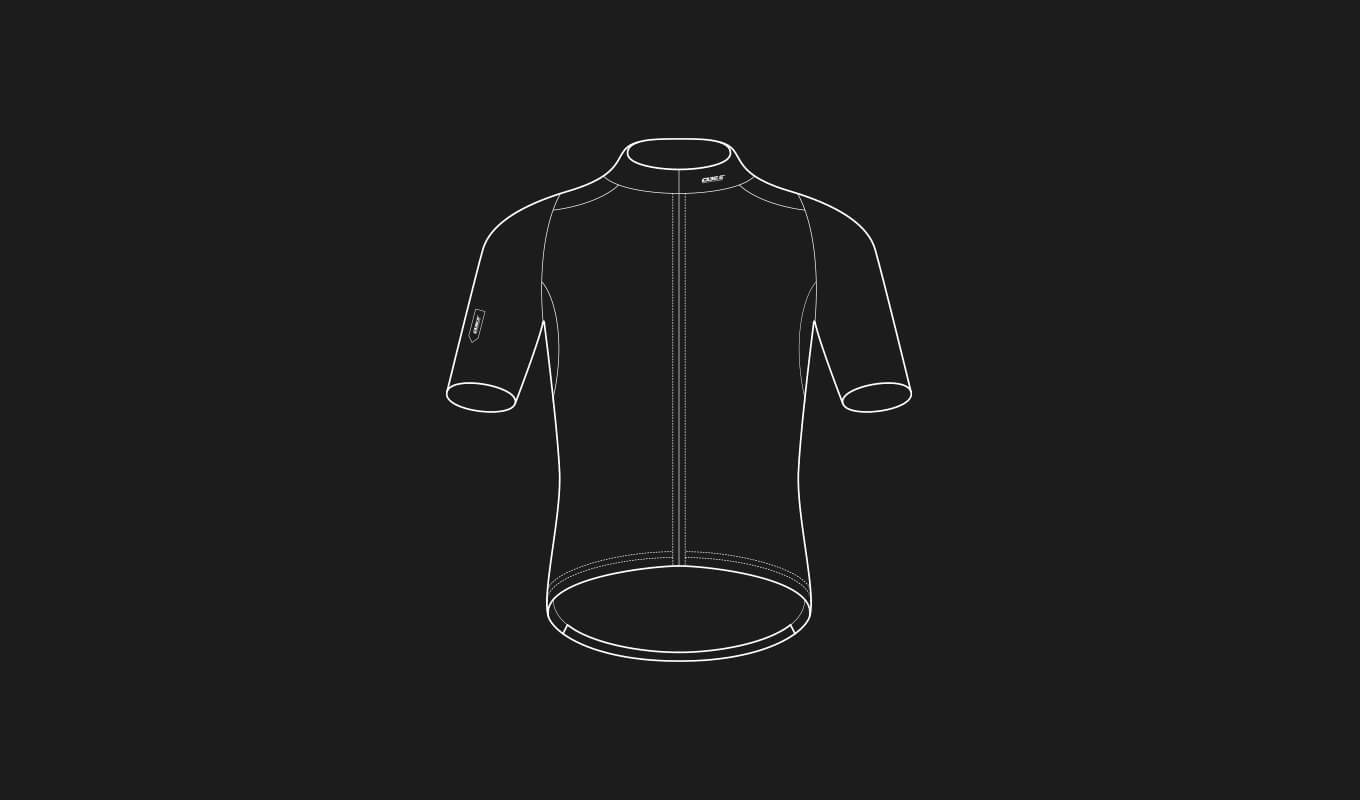 We have designed a new raglan jersey, updating the raglan cut long used in traditional cycling jerseys. After careful studies both in the areas of body mapping and aerodynamics, our new raglan is designed using a combination of different fabrics strategically placed resulting in a new look and offering all the benefits of our detailed research. The sleeves are made with a lightly ribbed fabric while the front panel is a micro perforated fabric and there is a honeycomb mesh on the back. All together, this innovative combination makes the Jersey R2 very light (110gr) and very breathable. 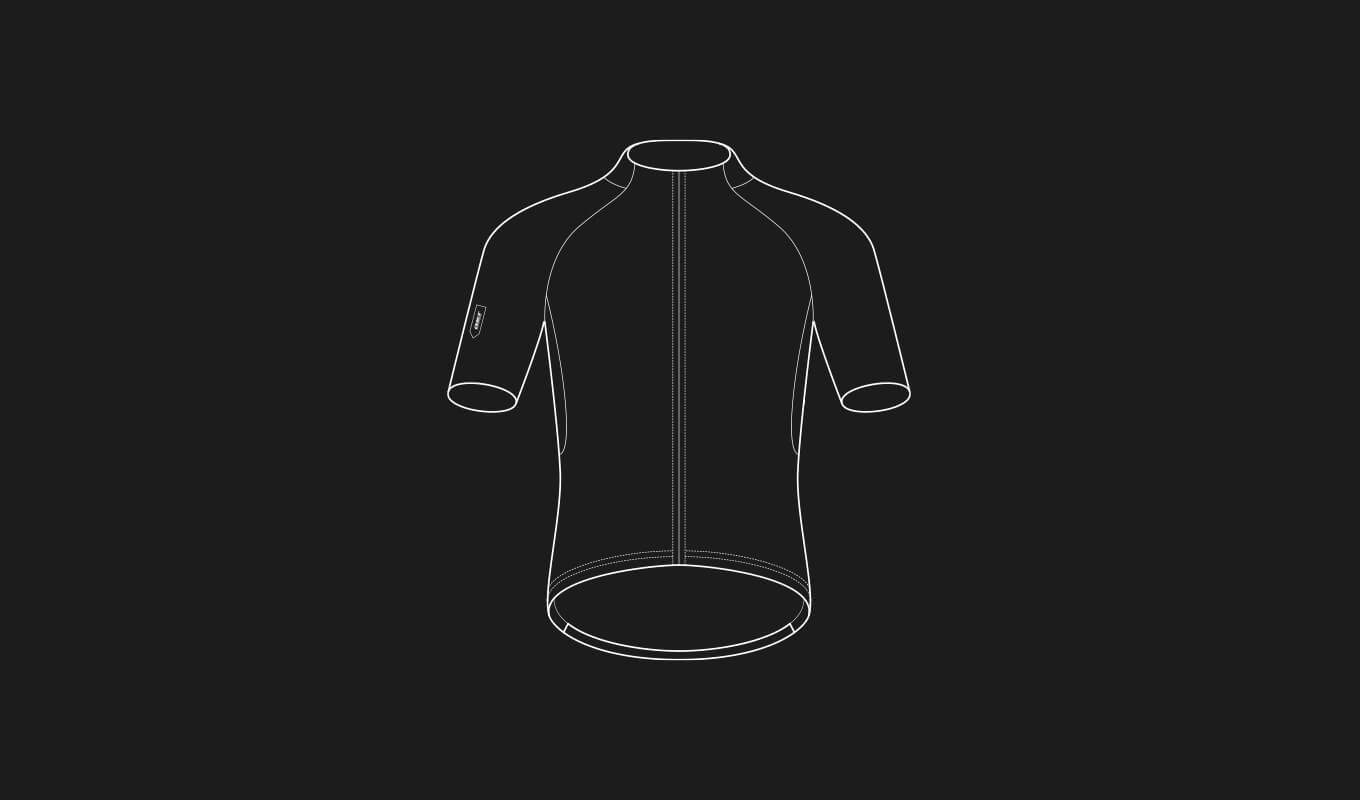 It revisits a traditional jersey construction, updating it with a new anatomical pre-shaped sleeve design for superior ergonomics. Rear panels are made from the same intensely versatile competition-weight fabric of the Short sleeve L1 jersey while all frontal facing panels are made from a similarly dense (for limited passage of air) fleece backed fabric as that used in the ‘Que’ jersey. 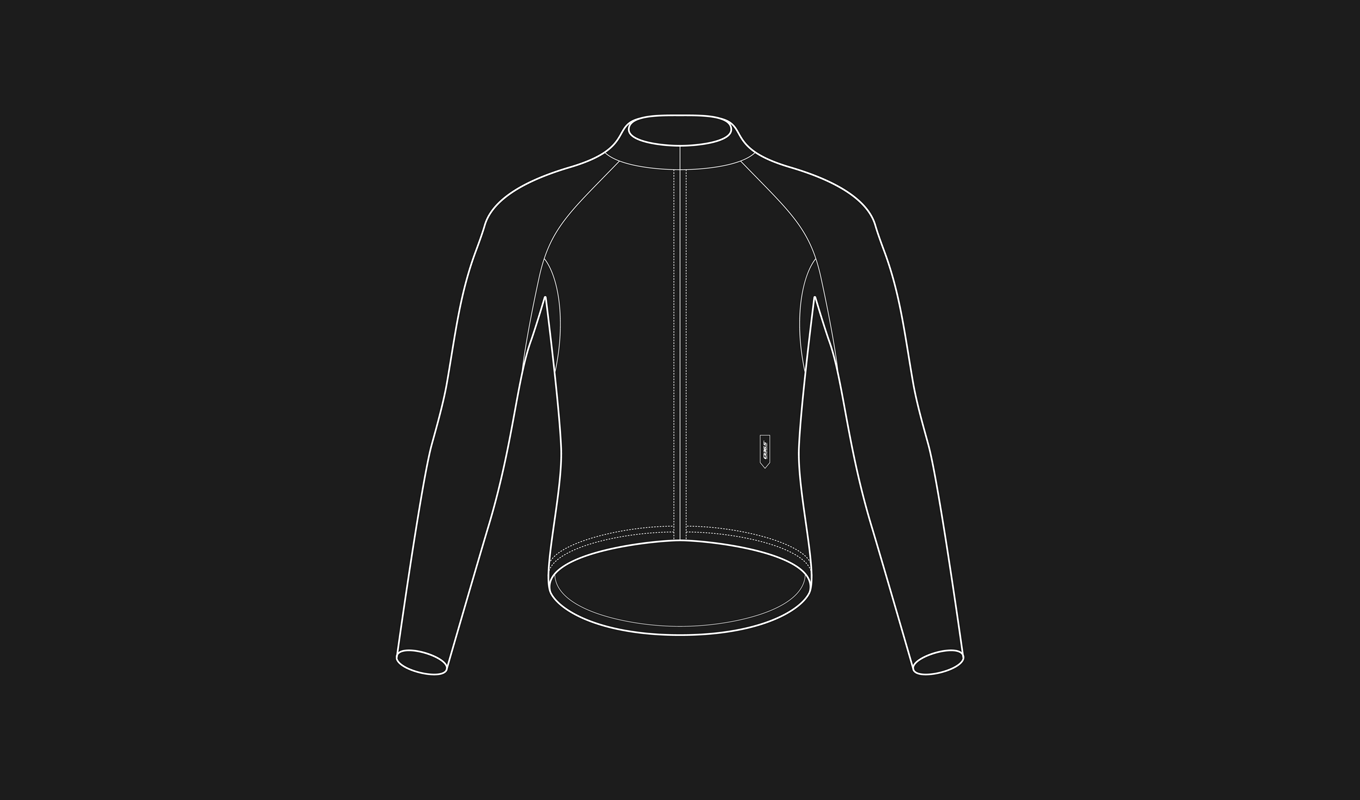 The Q36.5 gilet eliminates the distinction between the two categories (windproof/rainproof Gilet and the thermal Gilet) with a hybrid 4-season 137g piece of equipment. Sensitive riders will immediately appreciate the advantages on long descents, where the sweat soaked jersey is able to wick through the gilet and properly dry, an entirely novel sensation for riders used to the gilets currently available on the market. Cut on the same fit block as the Short Sleeve L1 jersey. No rear pockets but two invisible slits for accessing rear pockets of jersey or jacket worn underneath. 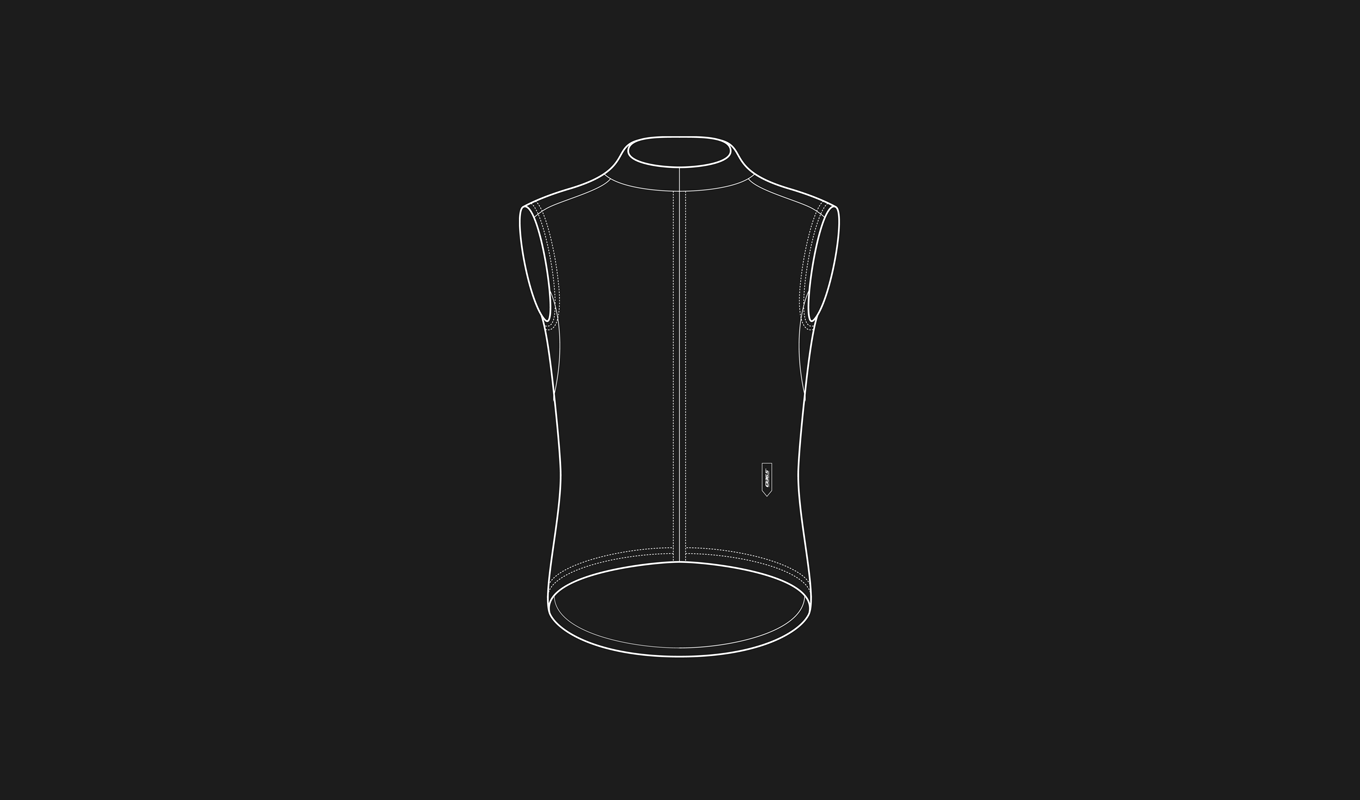 Based on our Dottore Speed Skinsuit. We can customize the upper part of the suit, using the finest and fastest aerodynamic fabrics, chosen by different professional riders. For the bib short we use the same fabric as in our masterpiece: the Salopette Dottore L1. 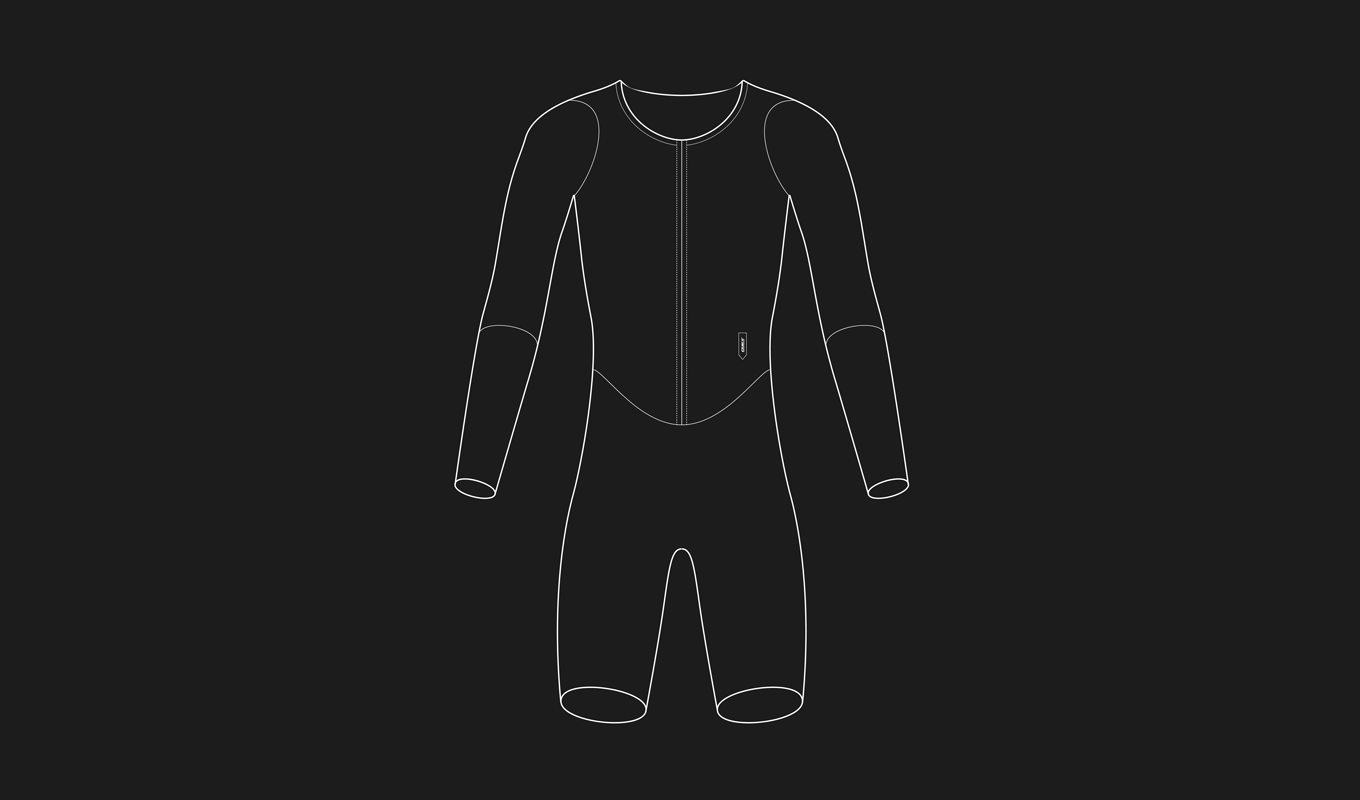 This sock is an evolution of the traditional compression sock, often thought of as a recovery garment, into an active performance and racing direction. Designed with an atypical ‘cone’ shape for gradual “pump action” compression of the foot, with density increasing from the top to the bottom. 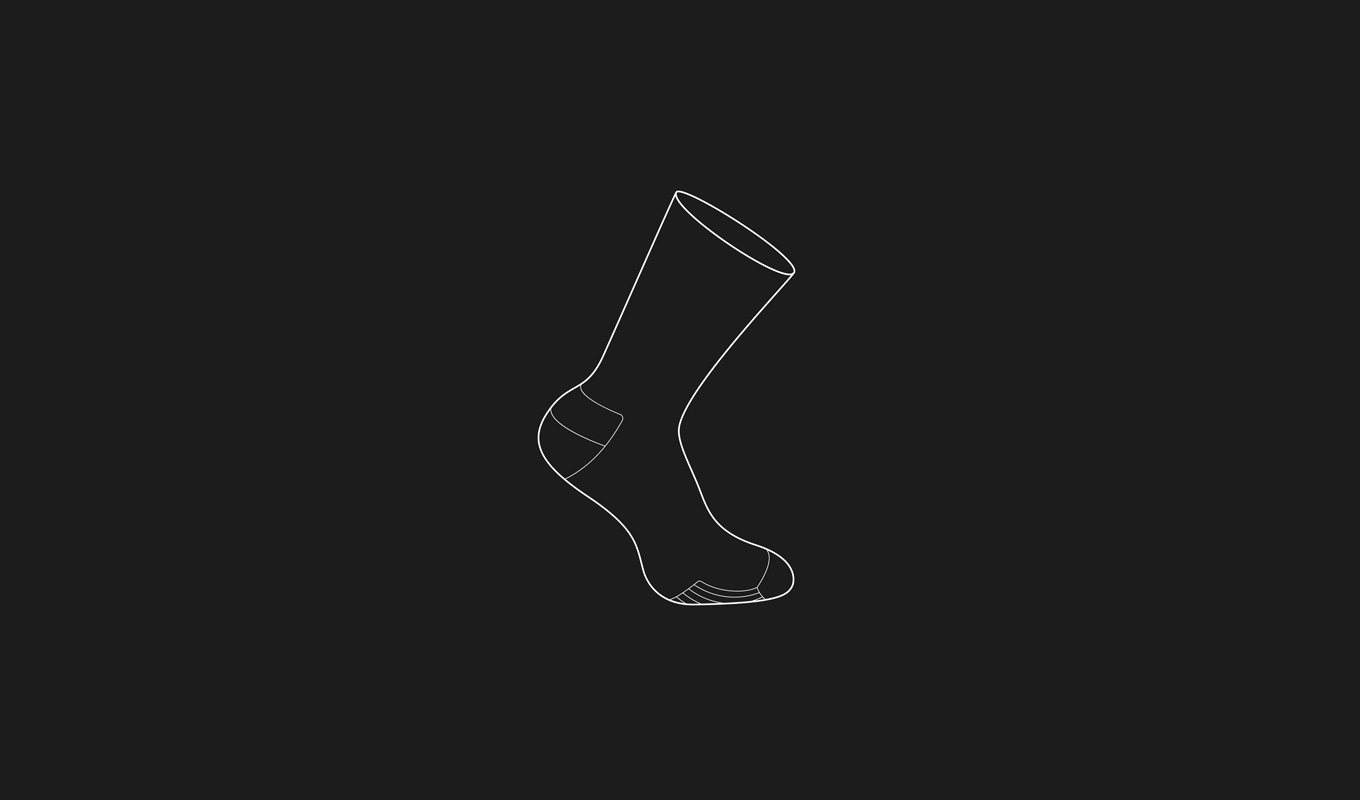 A racing-tuned classic. The traditional cotton cycling cap has been sensitively upgraded by Q36.5 through the use of a polyester and the addition of two polyester mesh inserts through the sides of the central panel which confer a closer fit to the cap as well as offering ventilation. 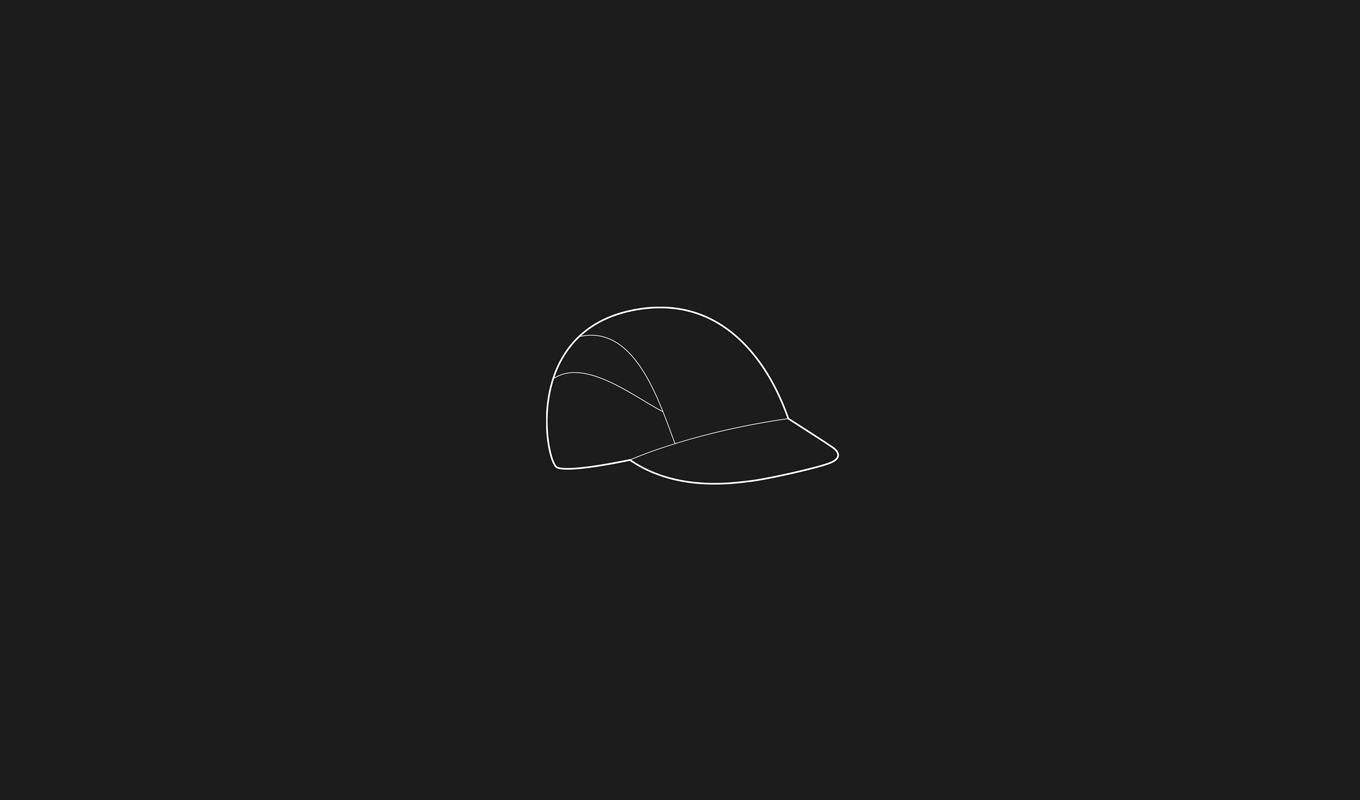 A stripped-down and essentialist modern Grand Tour summer glove. Lightweight and highly breathable, like the entire collection, these gloves have been constructed with minimal padding in the palm area, micro-perforated mitts and Japanese synthetic suede details. 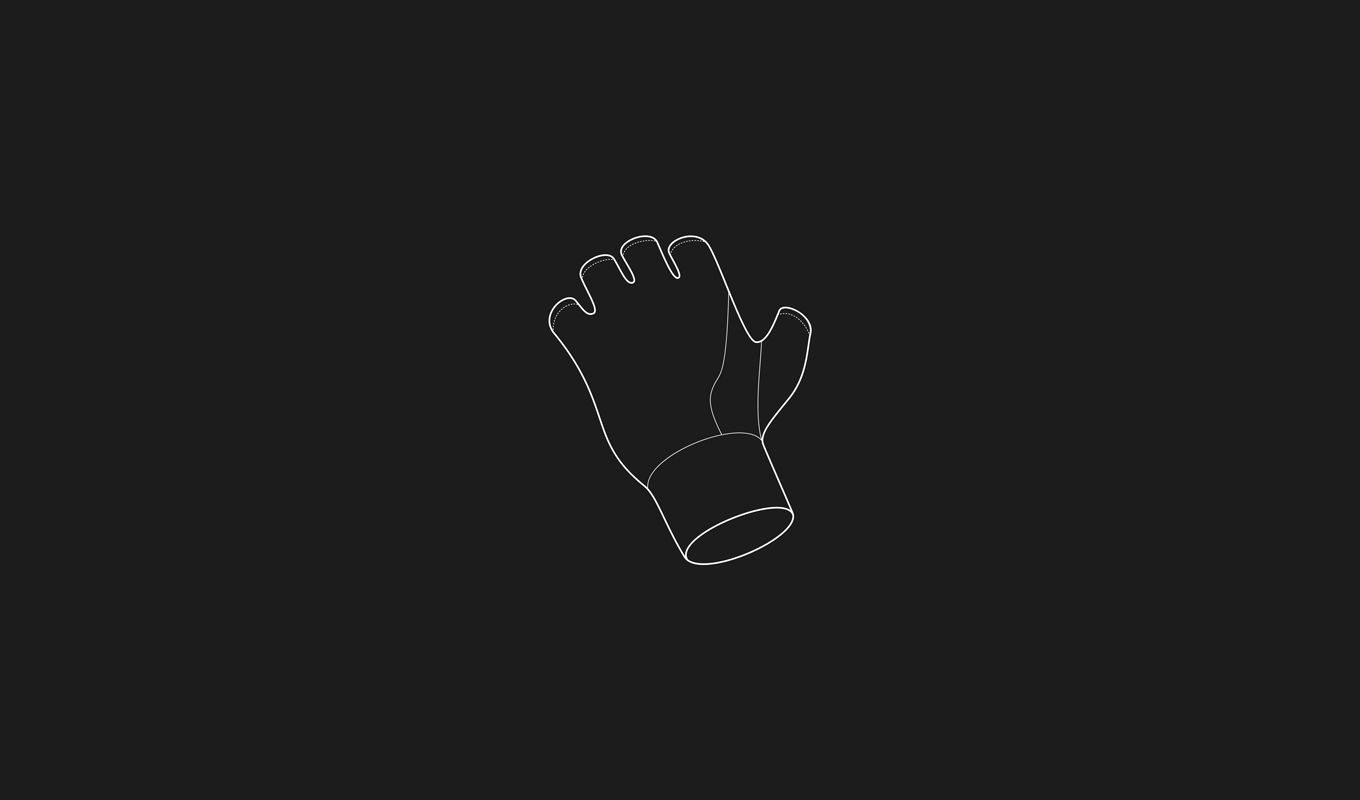 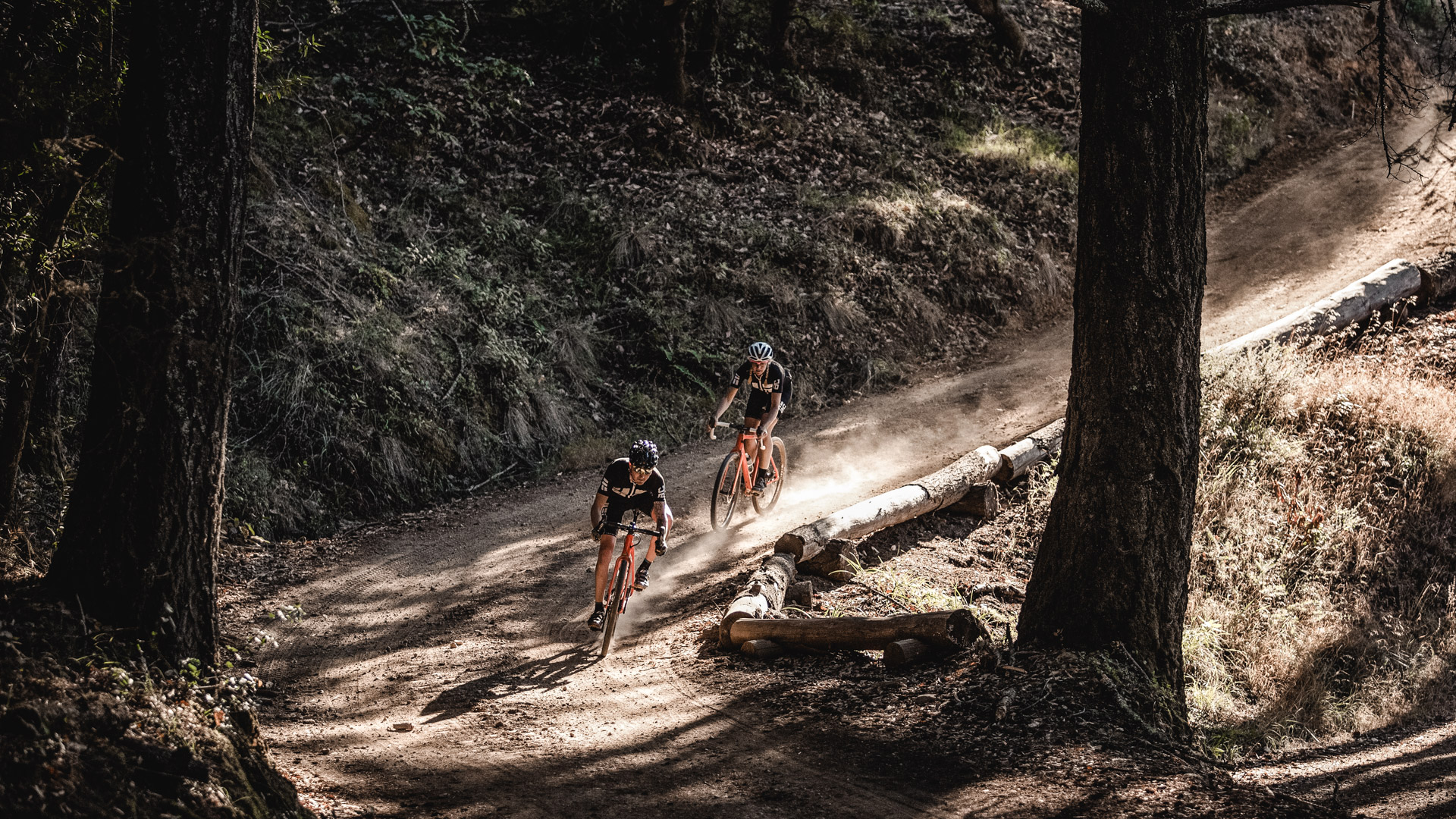 WHAT WE NEED TO START
YOUR PERSONAL CUSTOMIZATION

To begin a custom order, we need the logos which you want to have on the Equipment invectorial format or EPS. We can also design a logo for you from scratch. Tell us your ideas – colors, texture, images or anything that might help inspire a design. If you haven’t any ideas, we can draw up some proposals.

You can be in direct contact with our graphic designers to make all the changes you need, ensuring the end result satisfies you. If you want to be 100% sure that the end result is exactly as you want it, you may request a one piece sample of your customized product to see how it looks and feels.

Q36.5’s Collection is not a slave to seasonal fashion. The four year life cycle of each Collection is engineered based on this idea and bolstered by the use of proprietary materials and minimalist design. Our products are made from start to finish in Italy – from the design to the packaging and including the complete production of both the materials and the finished pieces.  We constant carry out quality control  checks thus insist that our footprint be within a 300 square kilometre radius of Bolzano, reducing the pollution’s impact due to transport during the productive cycle. Q36.5’s suppliers have chosen to join an eco-sustainability process, using less water during the tissue staining and restoring the used water to have an eco productive cycle. Q36.5 uses more eco-sustainable raw materials such as post-consumer recycled yarns, biodegradable fibres and natural fibers. 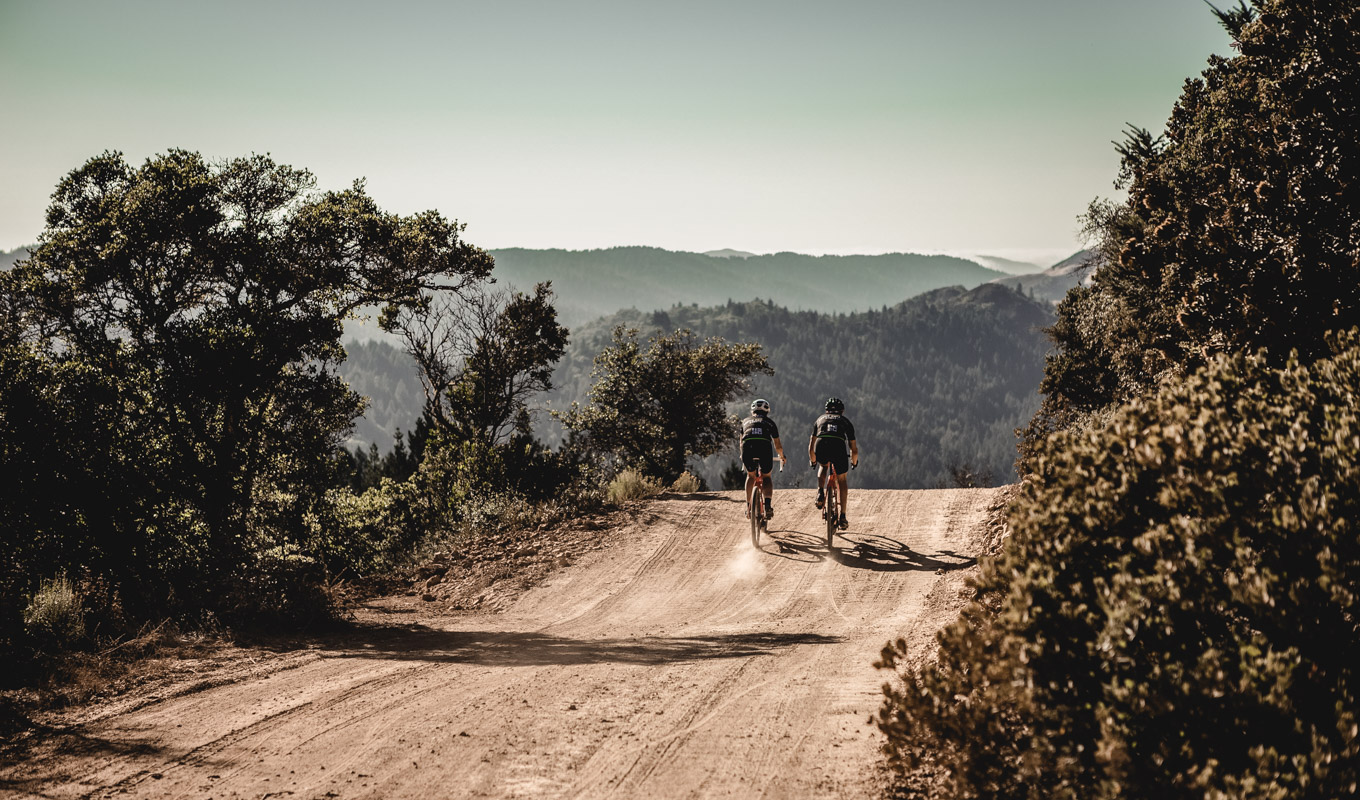 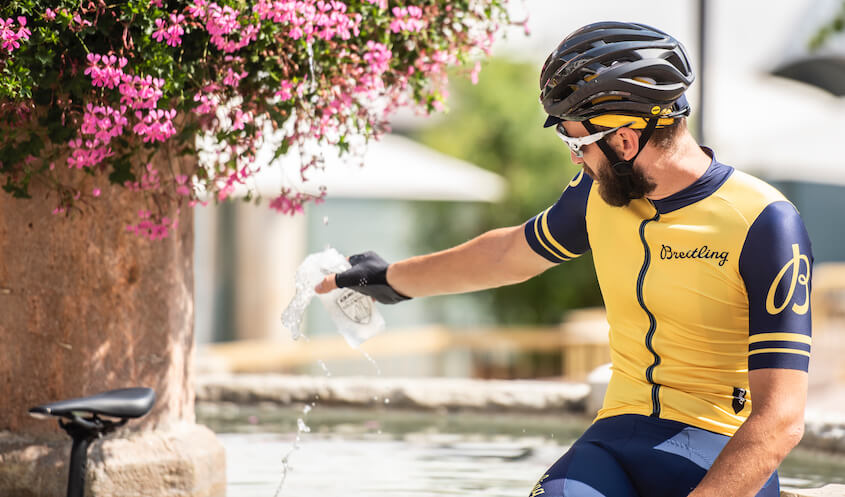 Breitling brands ™ and models are internationally registered by Breitling SA.