When did your passion for cycling begin?

I bought my first racing bike in 1991 at the age of 17, but my first exposure to riding a bike came in a round about way.  I love horses and began riding when I was quite young and spent a lot of time during my vacations at my grandparents house in Styrla, Austria.  There I would ride almost every day and to get to the riding school, I would use my uncle’s bike.  I enjoyed peddling so much that I eventually decided to buy my own road bike. In Germany I got a race licence and in 1992 I entered my first race.  I thought, “Why not try it?”  It turned out I did quite well.

What do you feel when you are in the saddle?

The independence, the speed and the freedom to be in the middle of nature are all paramount, but also the fact that I can get anywhere with my bike makes me feel great.  For example, last year I lived my dream of riding to Austria with just my bike and a bag with a friend who wanted to do the same.  We took 5 days and covered 800km. After accomplishing that, I set out for a longer trip starting in Switzerland, going through France and ending in Italy.  This 11 day adventure covered 1,900km and almost 25,000 meters of ascent.

Tell us about your competitive side and your victories.

Starting in 2000 I started to train with competition in mind. I had no real methodology behind my routine but still I brought home some good results including podium places and even a few victories.  I moved to Italy in 2003 and was working full time, training and racing in my spare time.  My real breakthrough came in 2012.  I had had a fall and wasn’t feeling like I could get back on track so I hired a trainer – I was afraid if I didn’t have someone pushing me, I might quit.  Angelo Furlan, a former professional sprinter came to my rescue – he put me on a professional and focused path.  He gives me training plans and is always available for advice. I have truly improved thanks to him. Of course, all my training is done after my normal work day. 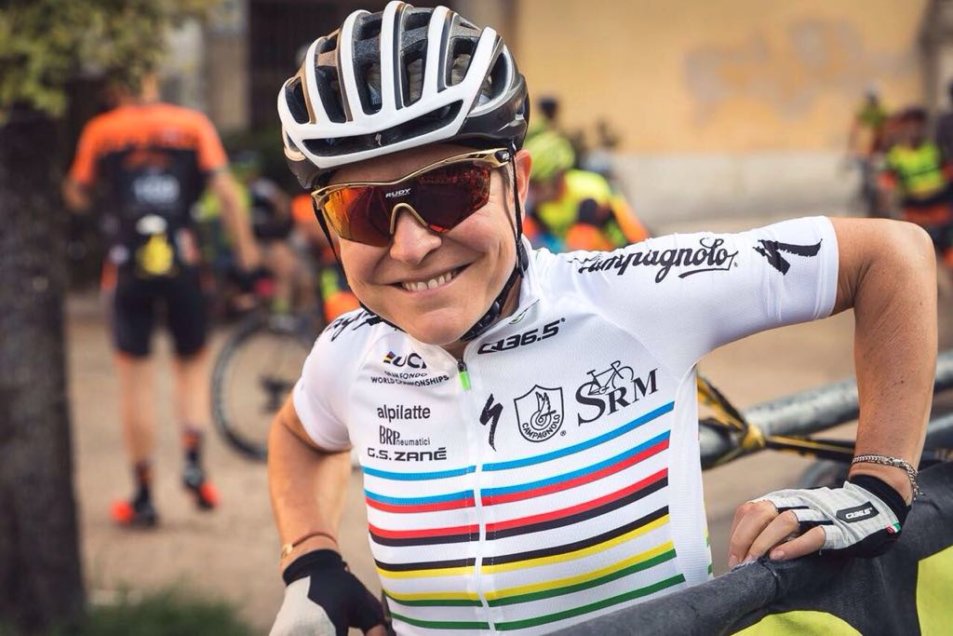 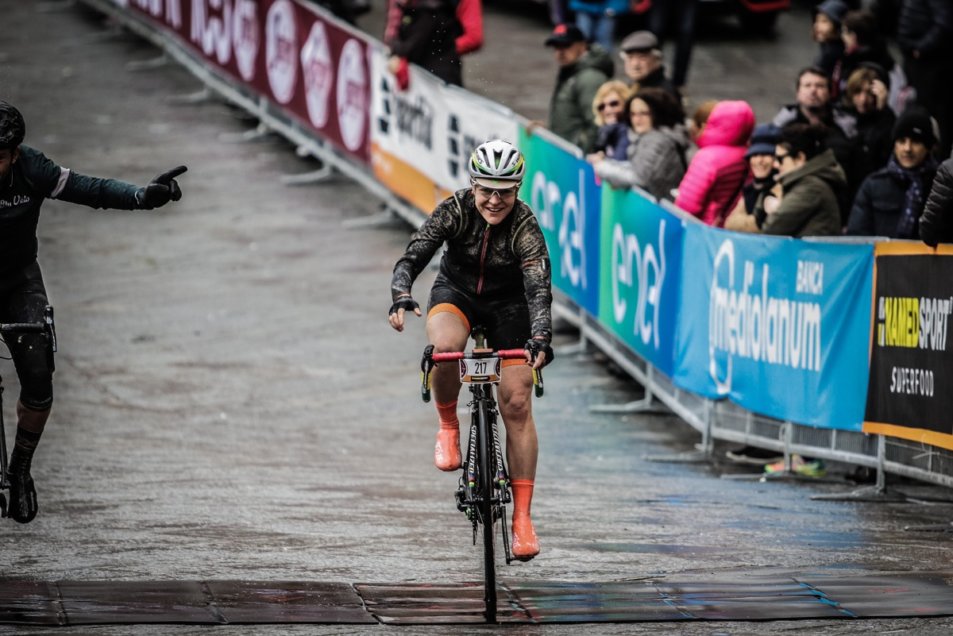 When did you realise that something had changed and that you could aim for important victories?

I prepared carefully and was fully concentrated during training. This helped build confidence. Then it all came naturally, almost automatically.  When I start a race and feel that things are going well and I am feeling strong and when I am at the front, the will to stay there kicks in and I realise I can do it, I discover qualities I  wasn’t aware I had and I go for it.

What are your most memorable victories?

One of the three most prestigious victories was  “La Maratona delle Dolomiti” which I won in 2014.  I had been fascinated by this race even before I moved to Italy and when I finally took part in 2006 I actually got a podium place.  Winning remained a dream as I collected a few more podium places over the years but it wasn’t until 2014 that my dream came true.  I still get goosebumps when I think of that victory, it was one I wanted so badly. I brought home two more important  wins in 2015 and in 2016 when I won the UCI Gran Fondo World Cup.  Unlike the Maratona, men and women start separately in this race.

Female participation in this sport has grown a lot.  Women are discovering what an exciting, wonderful and accessible sport it is.  Even the big brands are reaching out to the female clients now and there is so much more  women-specific product choice on the market.  Until a few years ago, there was very little cycling clothing available for women, but now the market has grown.

As soon as I put it on I perceive a special quality.  I just feel and see the difference.  Even some of my friends remark about how amazing the quality is.   Q36.5’s dedication to high standards means my cycling wear lasts longer.  That’s important to me.  I have worn many different brands of clothing during my career, but I no longer want to give up the comfort I find in Q36.5 because it is essential. 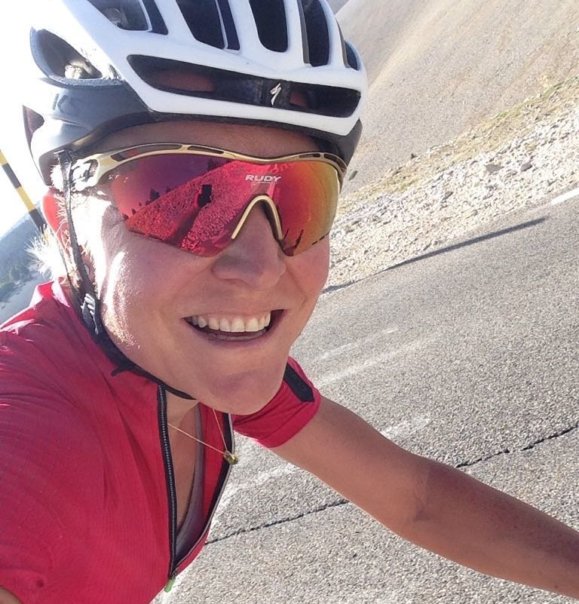 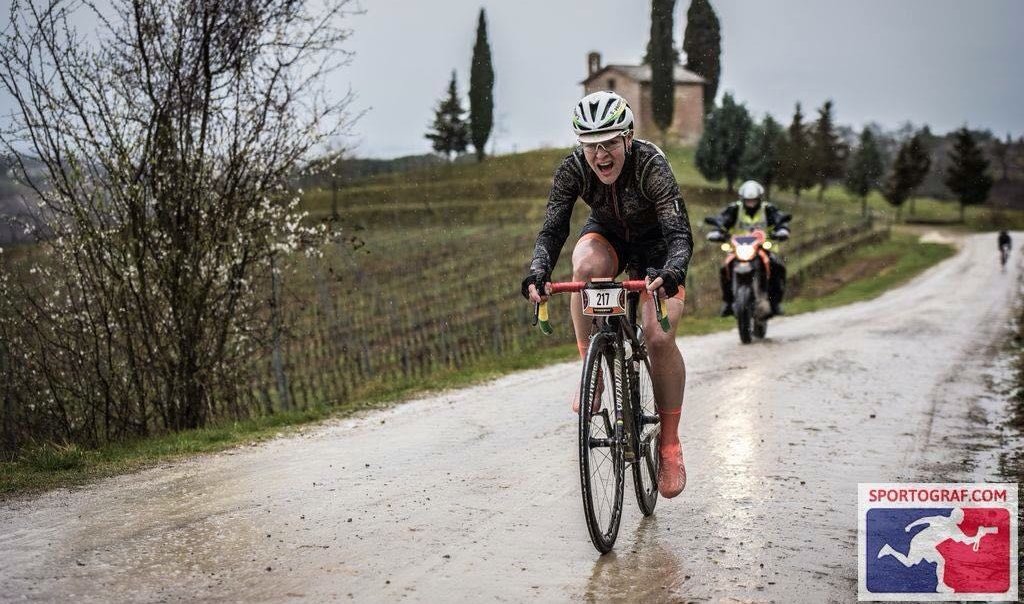