Understanding the feeling of “ergogenic support”.

Once you take them out of the box, your first experience with Q36.5’s Salopettes may be a little strange. Their look, the way they feel in your hands, and the way they feel when you put them on…it can all seem a bit extreme, foreign and almost dangerous. It can be scary, a little like stepping into the cockpit of a Formula One race car for the first time and being told to get out on the track and race it. Or it can get your heart racing, a little like offering a hormonal 15 year old a Team Malossi-modified Piaggio Zip scooter and telling him to go have fun. But fear not, and brace yourself to feel the difference.

The following is a step-by-step guide to help you get a grip on the extreme new feeling of ergogenic support.

The tension you feel when you first put on the Q36.5 Salopette, which makes it uncomfortable to stand up straight, is a deliberate piece of engineering and is nothing to worry about. The Salopette has been calibrated to offer support and comfort in the riding position only. Once you are on the bike or in a riding position, the tension will disappear and the bib shorts will feel like a second skin.

The most extreme yet subtle tuning achieved through these ergogenic characteristics occurs from the the way in which the fabric used on the leg panels has been cut to run in a diagonal axis across the muscles , rather than straight across. The cut was engineered this way so that the elastic return of the Salopette’s fabric is calibrated to synchronise with the moment in the peddling revolution when the leg “returns” to its uppermost position. The fabric “snaps back” at the same time the leg returns up (the weakest moment of the peddling action), guiding and supporting its motion.

If this effect, called “Vectorial Elasticity” by Q36.5, were any less subtle it might be considered illegal by cycling’s governing bodies! As the hours of a ride tick by and the effects of fatigue begin to kick in, another set of qualities of Q36.5’s Salopette can begin to be felt. A reduced level of muscle fatigue achieved by the aforementioned lumbar support coupled with the muscle stabilisation from the leg panels, minimise fatigue felt by sustained exposure to bumps and vibrations of the road surface. 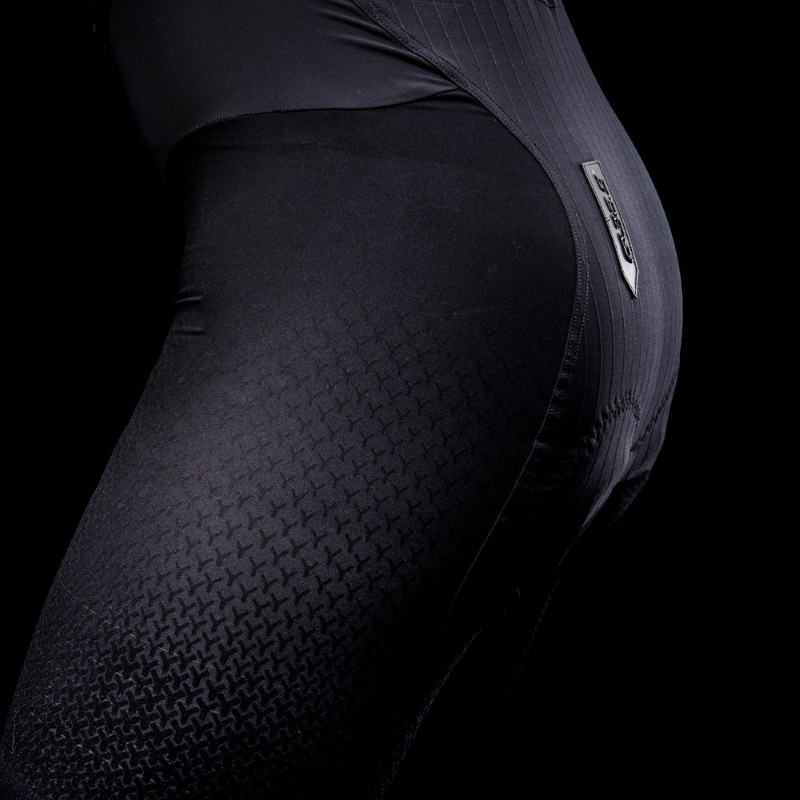