Q36.5 has been in tight collaboration with Team Illuminate since 2016 when Chris Johnson, the founder and Team Manager, re-vamped the team structure and founded Team Illuminate.

Chris’ philosophy is to spread the feeling of pure love for cycling. The team’s aim is to connect people all over the world through the common love and interest in cycling. By racing internationally, the team’s positive message is being spread worldwide as this American-based team competes in races on all the continents.

Chris Johnson is the American team owner/manager of Team Illuminate, the now Colombia-based UCI Continental squad (USA registered) that has had some remarkable successes over the past years, including 10 UCI race wins in 2019. I first became aware of Chris some years ago when he was first beginning his “DEVO” squad – rider development as always been dear to Chris’s heart – when he single handedly threw the organizers of the great Philadelphia professional race into a collective fury with his no-holds-barred attempts to get his (I believe it was Airgas) young team into the race. I remember thinking then, “This young guy is exactly what we need to shake up the sport, and anyone that tries that hard, and bucks the system so fearlessly, deserves my support.”

I’ve been an unofficial advisor for Chris over the years, with the best piece of advice being to tell him to forget about the United States circuit and to take his band onto the international stage. That must have been about eight to ten years ago, but even then I knew that our domestic racing was a dead end – for someone with high-level ambitions – that the USA Cycling/Medalist Sports stage races were a closed shop reserved for a certain clique, and that the leadership of our sport was so lacking in vision that there was no future for an young innovator as he. Recent events, of course, have borne out my predictions. Actually, gone much worse than I’d even imagined. 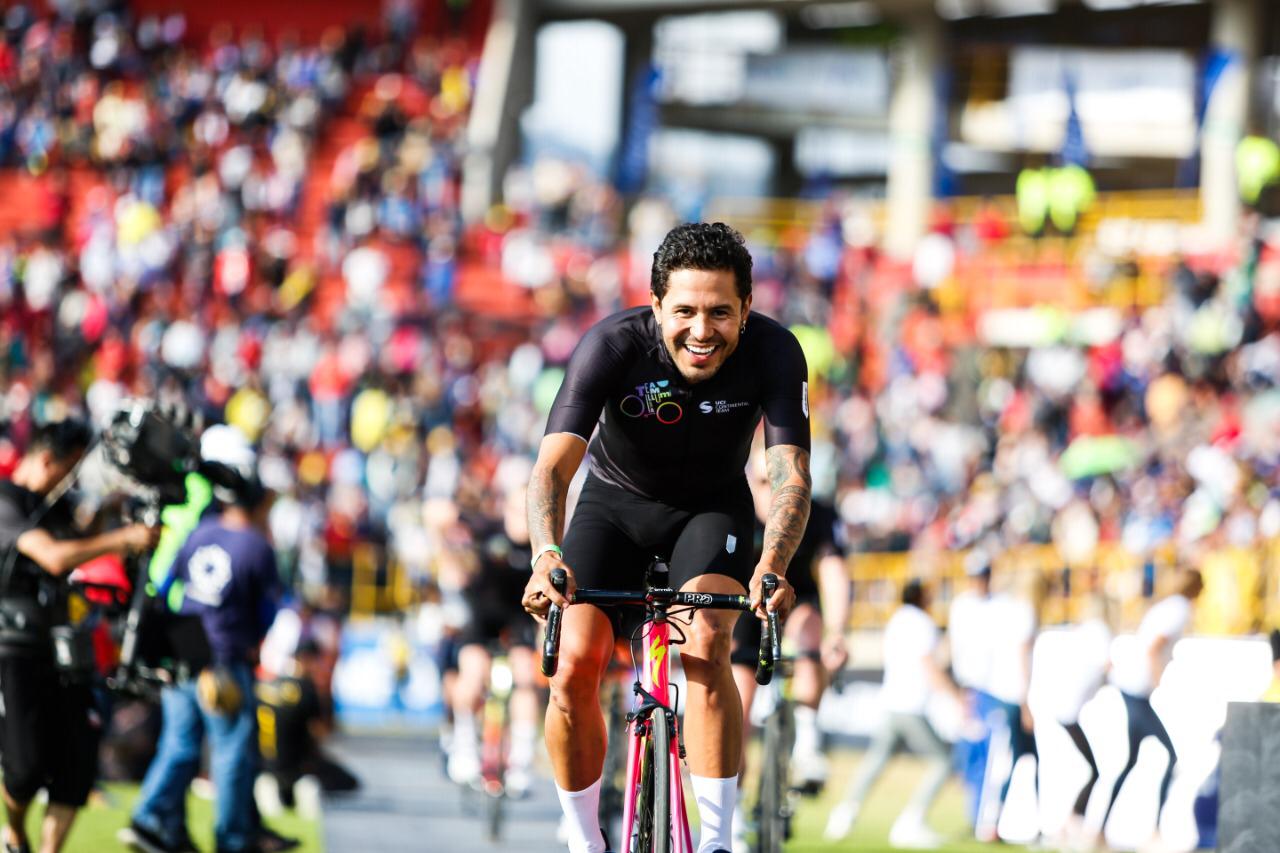 Chris’s Team Illuminate (designed around the idea of promoting the bicycle in all its forms – https://illuminatethebike.com) is an, and this is an overused word but in this case fits perfectly, eclectic project. I was in the second team car yesterday for Stage Three of the Tour of Colombia, which is the car that jumps ahead for the feed zone and generally provides backup should car number one go ahead to cover a breakaway. There was a baby in the car with us, most likely a first in the annals of cycling, the delightful Mattia – the best, most chill baby ever, never cried, even at 160 kph as we screamed through packed towns to catch the field – as his mother, the all-knowing Paula, calmly explained all of the ins and outs of Colombian cycling, while the father, Kristian Javier Yustre was up the road in a breakaway with Eagan Bernal and Oscar Sevilla. You’re getting the idea by now I think.

Team Illuminate has placed three riders on WorldTour teams and continues its mission to discover talent and give them an opportunity to shine. Frenchman Matthieu Jeannés was the final survivor of a long breakaway on Stage Two, only caught with 5k to the finish, and was rewarded by a trip to the podium as the Most Combative Rider of the day. Yesterday there were three breakaways and Team Illuminate had a rider in each one with Felix Baron making the big one along with Swiss Simon Pellaud (Team Illuminate last year now moved up to the ProConti Androni Giocattoli-Sidermec squad), Sebastian Henao (Team Ineos) and the evergreen Oscar Sevilla, who is the strongest man in the Tour of Colombia. 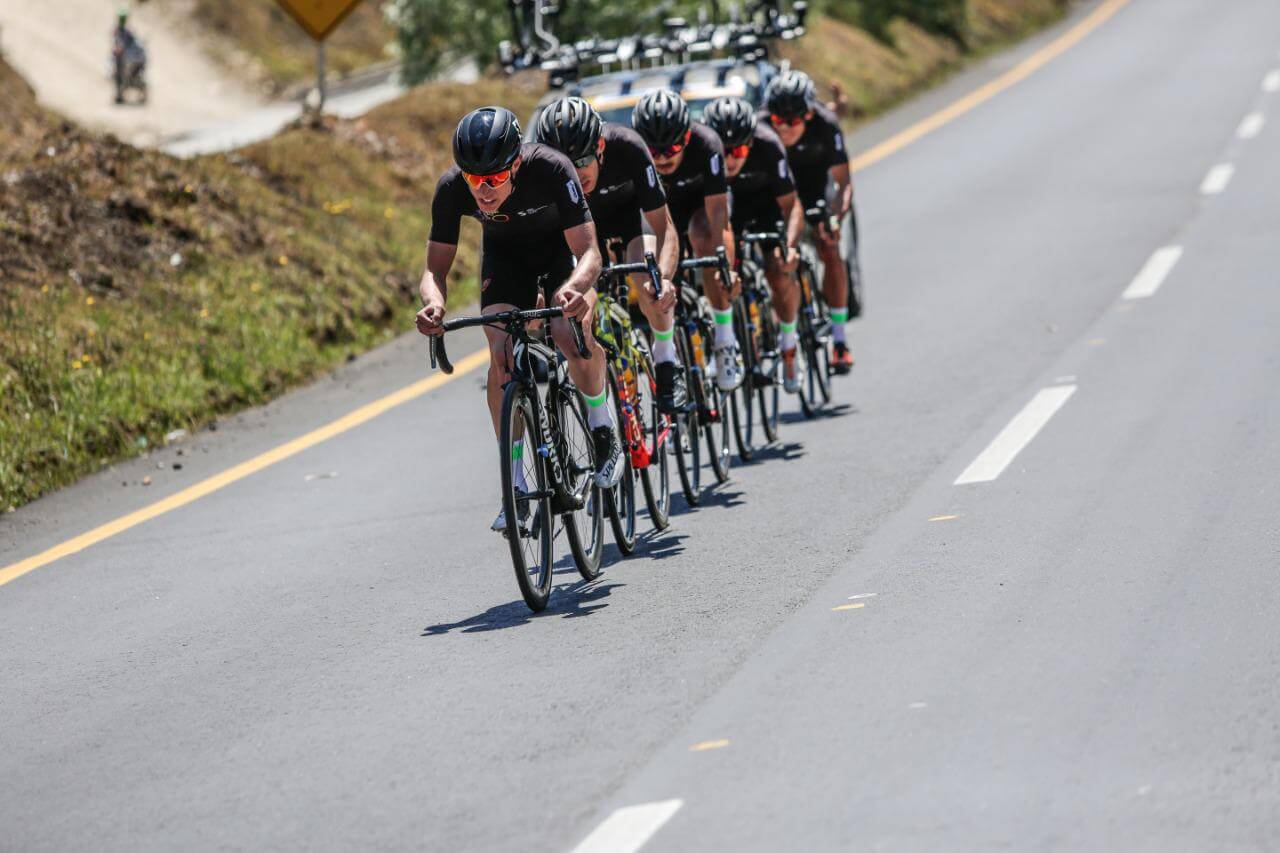 What was interesting is that all of the breakaway are training partners, along with Egan Bernal and a couple of others, with, as you may have read, Sevilla as the patron of the group. He has his history of course but I must say in watching Sevilla up close – there was a team car shuffle and we ended up in the number-one spot – he is absolutely the smoothest, most efficiently powerful rider I’ve seen in memory. Sevilla, who’s adopted Colombia has his home, was dragging the break along, at one point dropping back to his car and grabbing a banana which he stuffed into the Swiss rider’s pocket with an admonition to eat. You could see there the influence he has over his training group, and with his power, the effect of their 35-hour training weeks at altitude. Most impressive.

The Colombian’s have fully accepted and do enjoy Team Illuminate. You can hear it on the radio broadcasts – the Colombian announcers are such professionals and so very knowledgeable about the sport. And that delivery…wow – they are constantly highlighting the team and their combative attitude – plus they just love to roll the “L’s” in the team name. “Team Illlllllllluminate!!!!” The fact is that Chris’s team has been the entertainment of the race, the instigators of the breakaways, the most aggressive team, which the Colombians understand and appreciate. He’s got an excellent team director now, Valerio Tebaldi, a double Tour de France stage winner who commands respect from the team and race organizers. 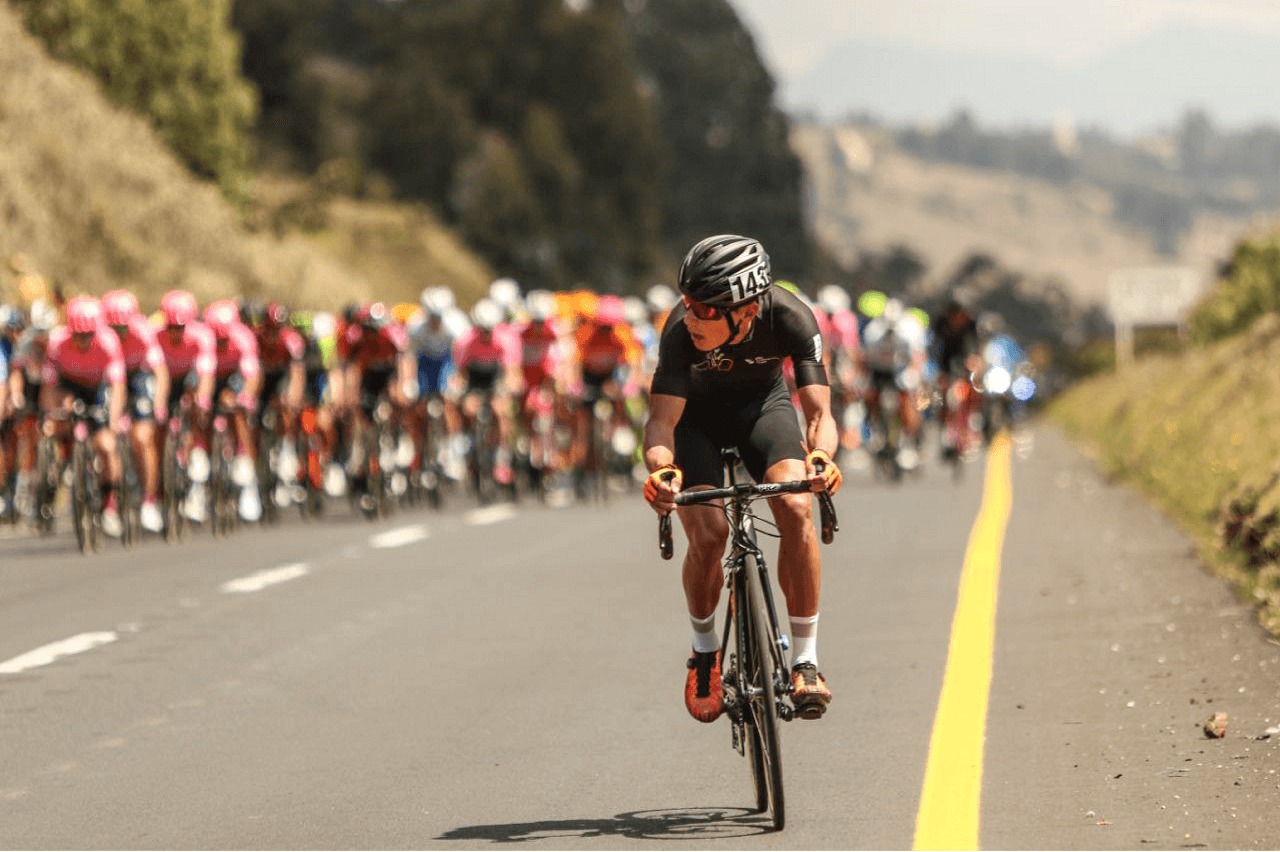 Be part of the squad!

Support the Team’s mission to illuminate the possibilities of cycling around the world!

For each jersey sold, Q36.5 will donate 20% of the value to the team-specific Research and Development project.

Be part of their mission, get yourself their customized jersey!

FOR MEN   FOR WOMEN 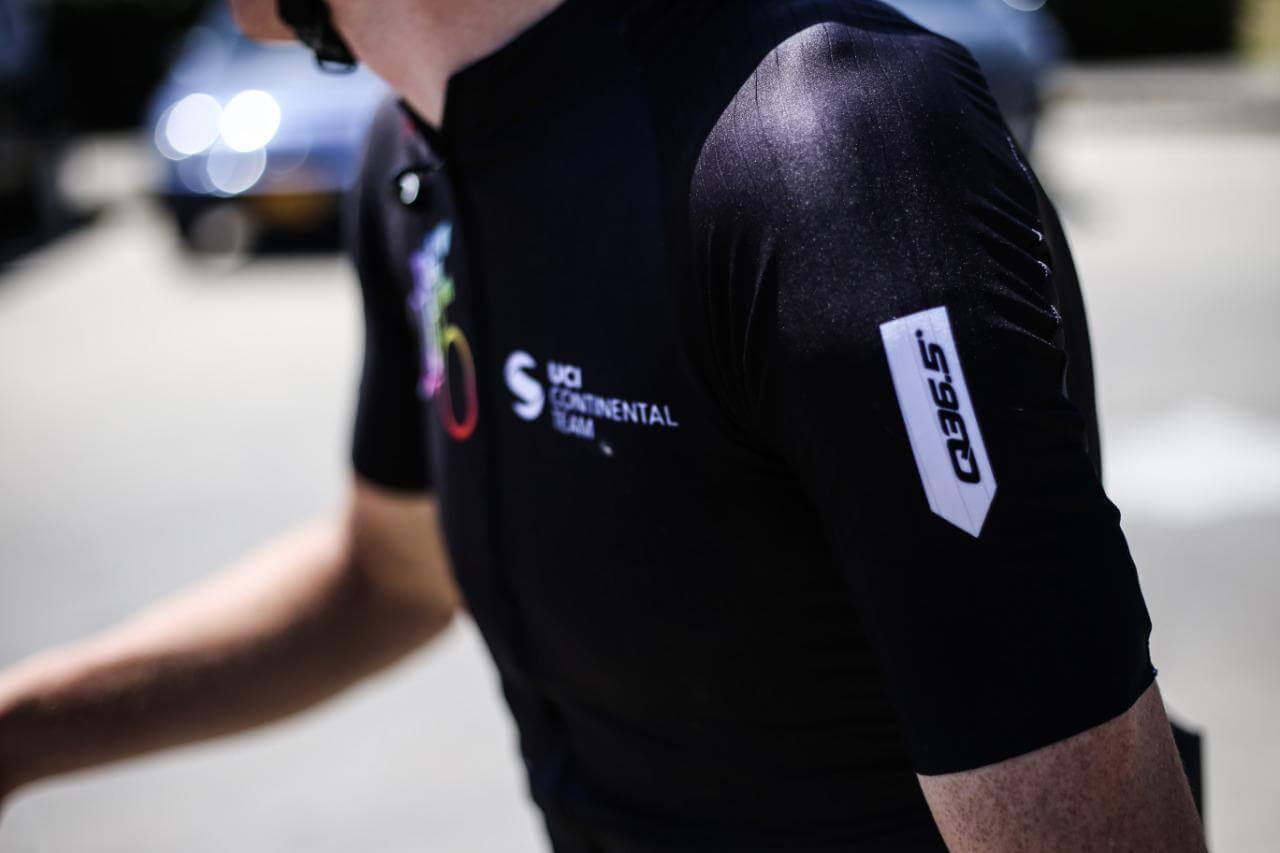